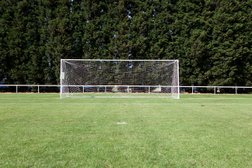 With the restrictions of travelling for the past season 2020 and 2021 due to the COVID19 , DPMM FC will only participate in the Brunei Super League 2021.DPMM will be able to participate in the Asian Football Federation Cup if they are champions in this league season.

DPMM FC have been dreaming to play in the Asian Football Federation Cup for many years, but because of the situation, they are playing before elsewhere in Singapore as a visiting club, they are unable to have a slot to representing Brunei for the next year's AFF Championship if they can be champions in the league.

The BSL will begin in June 2021, and there will be 15 teams participating in the league, and the season will only play in a one-round basis , due to the limitation of time of the season, since our restrictions here has been lifted.